Herbs and pills in psychiatry

I was recently shown an article under the title of, ‘Traditional Chinese Medicine and Western Psychopharmacology: Building Bridges’. Towards the start of the article it asserts;

‘A review of contemporary pharmacologic studies of agents used in TCM for psychiatric indications reveals that virtually all of the active principles of drug action established in 20th century psychopharmacology were encountered empirically in Chinese herbal medicine over the past 2000 years.’ 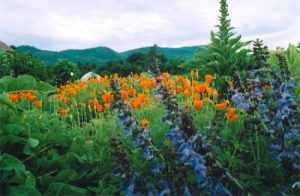 So that was me hooked and curious, but also a little perplexed. Why, if for all of the time and money we’ve spend researching and studying haven’t we come up with anything better than nature already provided, we didn’t just begin researching what was already out there? Especially as there are generally less side-effects from herbal formulas (more research with current methods is warranted here), not to mention the favourable cost difference.

It also states that, although terminology is different, ‘the underlying drug mechanisms used in treating psychiatric disorders are essentially the same.’

The article, which I would really recommend having a read of, then runs through lots of different biomechanical areas of pharmacological medicine in psychiatry and compares them with Chinese herbal medicines. For each area, there are multiple herbs and/or herbal formulas (note; very few have been fully studied with current methods) which have been used for millennia that have the same underlying mechanisms as modern medical approaches.

For me, this is a hugely exciting piece of research, not only because it gives huge credence to herbal medicine, but because it implies that it is likely that the biomechanisms used across all of medicine, not just psychiatry, are similar to those used for millennia in herbal medicine. It also notes that the research of the biomechanisms of herbal medicine is in its early days. This could mean that we may discover additional biological agents and biomechanisms that could be very useful for issues without good treatment options. But most importantly, if we are able to fully map herbal medicine, we could provide cheaper, more natural treatment options with fewer side-effects for more people. And, in doing so, we would need to build herbal medicine farms all over the world that, if done well, could help give biodiversity a well needed boost too. Especially biodiversity of insect and pollinator populations that are seriously in threat at the moment.